Alberta has its economic answer in front of them. Will they see the forest for the trees?
Jeff Passmore
Contributed to The Globe and Mail
Published 22 hours ago 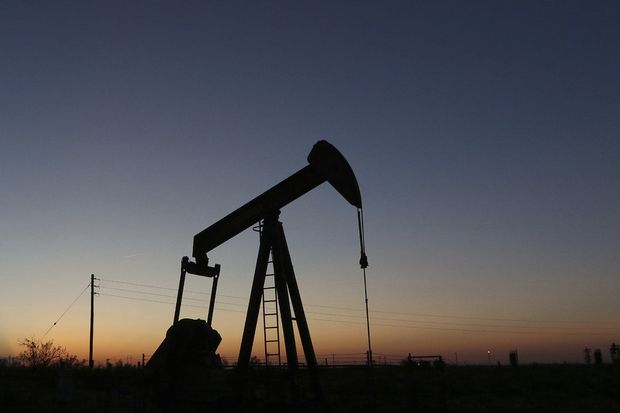 The world’s leading financial institutions view a fossil fuel future as untenable, and it’s time for Canada to move on.

Federal Ministers O’Regan, Wilkinson, Bains, McKenna, and Bibeau have the economic growth, innovation, and greenhouse gas emissions reduction solution right in front of them. It is the industrial bioeconomy, and it’s a strategy that can bring Ottawa and frustrated western provinces harmoniously pulling in the same direction on the economy, jobs, and the environment.

What is the industrial bioeconomy? It involves sustainably harnessing Canada’s forest and agriculture biomass resource to produce a wide range of products and materials that Canadians consume in our everyday lives. In fact, this resource can be used to replace 90 per cent of all the fossil-based products we currently use. Currently, our nation is the envy of the world, as Canada has 9 per cent of the world’s forests and millions of acres of agriculture land.

Precisely what, in the barrel of oil, can we replace with biomass? Of course, there’s what’s already happening with paper, packaging, renewable fuels, wood in tall buildings, and bioenergy for heat and electricity. But we can also replace hydrocarbons in exciting new fields such as high performance biocomposites for automobiles, bio-based emulsifiers in paints and cosmetics, bio-based plastics, green chemistry for adhesives and concrete, and bio-jet for aviation. This sector is already generating billions of dollars of investment globally – just not in Canada.

The best example can be found south of the border where, for well over a decade, the U.S. Department of Agriculture has stimulated the bioeconomy market through its BioPreferred Program. The department’s catalogue lists some 3,000 products that are certified biobased. These include construction materials, cleaning supplies, durable tableware, pest and weed control repellents, office supplies, industrial solvents, hand sanitizers – to name a few. Most importantly, U.S. government departments must use these certified products when making purchases. And the contribution to the United States economy from the biobased products industry? In 2014 it was US$393-billion.

When Mark Carney, the Governor of the Bank of England, tells the United Nations that “firms that align their business models to the transition to a net zero [carbon] world will be rewarded handsomely. Those that fail to adapt will cease to exist. The longer meaningful adjustment is delayed, the greater the disruption will be;” when the world’s biggest multilateral lender, the European Investment Bank, decides to cease financing fossil energy projects by the end of 2021 – a move it says will unlock €1-trillion of sustainable climate investment to 2030; when Sweden’s central bank sells off government of Alberta bonds because they have too large a climate footprint; when the Governor of the Bank of Canada warns of stranded oil and gas assets resulting from a shift to a clean economy; and when the world’s largest re-insurance companies start including bioeconomy projects in their portfolio as a hedging strategy to protect existing assets and win customer trust and market share, then it’s long past time for Canadian federal and provincial politicians to realize that the world’s leading financial institutions view a fossil fuel future as untenable, and that it’s time for Canada to move on. Luckily, Alberta, Saskatchewan, Ontario, B.C., Quebec, Manitoba, and Atlantic Canada have the biomass resources to do just that.

This is not going to happen immediately. However, Canada has not even begun planning for a fossil fuel phase out. The world has embarked on a low carbon transition that sees a greatly reduced role for oil. The sooner we come to this realization, the better it will be for workers – especially young people worried about their future employment prospects. Up and coming generations need options other than leaving home to seek work.

At the UN, Mr. Carney concluded by urging nations to “turn their Paris commitments into legislated objectives and concrete actions.” Sustainable investments will be amplified while unsustainable activities will wither as transitional financial markets emerge. Canada, with its abundant natural bio-based resources, is uniquely poised to provide both innovation and investment in a balanced transition to a low carbon economy. If we don’t want to be left behind, we better get started.