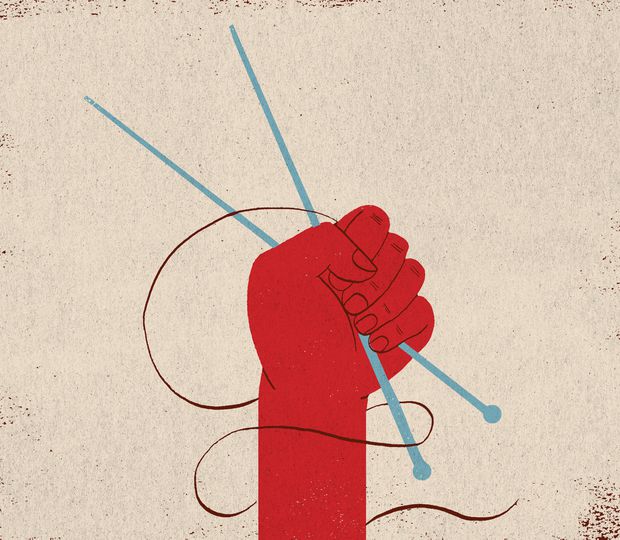 The Queen’s coronavirus message was clearly intended not just to bolster the spirits of her weary nation, but to remind it that once, in living memory, things were also very bad and people did not grumble quite so bloody much. She put it more gently than that, of course. It’s her job, and she’s had a few decades to perfect her poker face.

“Those who come after us will say the Britons of this generation were as strong as any. That the attributes of self-discipline, of quiet good-humoured resolve and of fellow-feeling still characterize this country.” She ended with a line that would remind everyone she had been a teenaged truck mechanic during the Second World War, learned her legendary frugality in the time of ration books, and survived it all: “We’ll meet again,” she promised.

Dame Vera Lynn, the artist who sang We’ll Meet Again, turned 103 last month. Astonishingly, a version of her wartime classic, rerecorded with Katherine Jenkins to raise money for NHS charities, is currently a hit in Britain. When I interviewed Dame Vera in 2009, I asked her how everyone around her kept their spirits up during the dark days of the war: “People accepted the situation, and did what they could and adapted to make things a little easier for themselves,” she said. “That’s how we managed to get through six years.” It helped, she said, that no one was getting new shoes. The pain was shared.

Coronavirus guide: Updates and essential resources about the COVID-19 pandemic

How many coronavirus cases are there in Canada, by province, and worldwide? The latest maps and charts

When I lived in England, there was a romantic fixation on the wartime generation’s toughness. Keep Calm and Carry On posters adorned dorm-room walls, and a book called Eating for Victory: Healthy Home Front Cooking on War Rations was on the bestseller list. Its many delightful recipes, including Welsh Wonder and Mock Fried Egg, are unlikely to become pandemic staples, yet so many other Blitz-time solutions are finding a new moment. People are planting victory gardens, baking their nan’s chewy old fruitcake (likely abandoned for good cause) and hauling the sewing machine down from the attic.

And there’s a renewed interest in preserving and reinvigorating the wisdom of these survivors, and in honouring the gritty determination, literally born of another century, of old soldiers such as Britain’s Captain Tom Moore. When the 99-year-old Second World War veteran set out to do a hundred laps of his garden in his walker to raise money for charity, he couldn’t know that the world would respond by making him a celebrity and donating £14-million (around $24.6-million) to support National Health Service workers.

​While it’s incredibly uplifting to see these heroes of an old war find renewed purpose, it’s also filled me with a deep unease. It’s as if we’re able to celebrate the elderly among us as individuals, so long as they have the good fortune to stay healthy, the means to look after themselves, and the good taste to give us something to root for. We’ve not been so charitable to the seniors warehoused away (often for someone else’s profit), disproportionately stricken by COVID-19, and sometimes literally left to die.

If we’re keen to maintain the knowledge and experience and wisdom of this generation, and to celebrate their victories over hardship, surely that also includes the experiences of people who are, through no fault of their own, in long-term care. If the pandemic is exposing fault lines in society and separating the haves from the have-nots, the servers and the served, it is glaringly obvious in the way we treat some of our most elderly and vulnerable citizens.

As Eileen de Villa, Toronto’s Medical Officer of Health, said this week: “I’m truly concerned about the devastating impacts of COVID-19 that we are seeing at our long-term care homes. These are affecting our loved ones in the community.”

Nearly half of Canada’s COVID-19 deaths have occurred in retirement or nursing homes. The situation in some of those facilities has been described in horrifying detail in the media. For example, Terrie Laplante-Beauchamp, a University of Montreal master’s student in microbiology and immunology, described to The Globe and Mail her work as an orderly at a long-term-care facility in Montreal.

“The place reeks of neglect,” she said. She tried to help patients who were in despair, saying they wanted to die, ignored by overworked staff. The facility’s employees were left with little in the way of direction or personal protection, and the residents’ families were beside themselves with worry – for good reason. The situation in Quebec is dire, with Premier François Legault asking for health-care professionals to come and work in the province’s hard-hit nursing homes.

But it’s not as if this was a problem that fell from the sky. Quebec’s care homes were undermined by a culture that underpaid and overworked its staff, and left them scrabbling for full-time hours. In Ontario, the system of oversight saw shocking lapses: A CBC investigation showed that last year only nine of the province’s 626 long-term care homes received the full inspection the province mandates.

Now we’re paying for the ways we devalue people who are approaching the end of their lives. The message couldn’t be clearer: Yes, we respect our elders, so long as they’re rich enough to afford stellar care, or genetically blessed enough to be able to ride out their final journeys on their own. If that’s the case, we’re interested in their stories, their wisdom, their grit. Otherwise, forget it: Out of sight, out of mind. We talk about remembering the lessons of that famous war. We should worry about learning the lessons of this one.

Sign up for the Coronavirus Update newsletter to read the day’s essential coronavirus news, features and explainers written by Globe reporters and editors.