So is normal’s idiot child, ‘the new normal.’ What we’ve made normal never was natural. 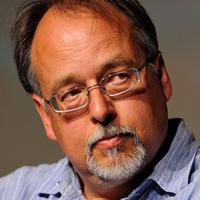 Sharon Wilson is a fifth-generation Texan who drives around rural communities and takes pictures of oil and gas facilities with an infrared camera. The pictures make visible all the methane pollution that industry and governments pretend is not happening in rural communities.

Wilson recently tweeted these two sentences: “We can and must do better than going back to normal. Normal is the problem.”

And she is right as rain about that. Normal has become a pathological state.

After the random normlessness of this pandemic, I don’t want to go back to normal either. Or its idiotic child, “the new normal.”

Let’s face facts: our hi-tech, globalized-trade-anything-for-peanuts world run mostly by tyrants isn’t natural.The Tyee is supported by readers like you Join us and grow independent media in Canada

Since 1970, an outpouring of normality has just about destroyed the Earth: It has created an abnormal economic machine, blind to energy spending, that doubled the global population and boosted per capita consumption by 45 per cent.

At the same time the so-called value of global economic activity grew by 300 per cent. Meanwhile global trade has exploded like a coronavirus by 900 per cent. To support all this consumption and trade, the extraction of “living materials” from nature has jumped by 200 per cent.

Now here’s just a partial list of the cost of all this exponential normality: Humans have appropriated or altered 70 per cent of the world’s lands with mines, roads, industrial farms, cities and airports. We have engineered more than 75 per cent of the world’s longest rivers. We have filled the ocean with plastics and slaughtered coral reefs. Anyone who calls that kind of behaviour normal is crackers. It’s ecological imperialism, and nothing more than a full-scale assault on the dignity of local life.

The list goes on, and scientists now think it’s normal to publish papers on “the pervasive human decline of life.” Humans, for example, have destroyed 85 per cent of the wetlands. That’s like eating your kidneys for dinner, and I can’t think of anybody who would consider that normal except Hannibal Lecter.

We have eliminated 40 per cent of the world’s original forests. We have extirpated (and there’s a word for these normal times) most of the world’s large mammals. An estimated one million species of animals and plants stand on the brink of extinction.

Homo sapiens, another mammal, are on that list, and we pretend that’s normal. As these species disappear, our ever-expanding artificial intelligence probably won’t wave goodbye because replacing the natural with artificial is what normal is all about.

Three hundred years ago, no one talked about normal or yearned for normal because it didn’t exist. That’s because normalis was a Latin word that described right angles made by a carpenter’s square.

Only with the advent of industrialization and machine thinking did the word normal colonize our vocabulary and gain currency in the 18th century.

The standardized machine system demands normalcy because everything must conform to the right angles of progress, which means endless growth and consumption — all fuelled by the fiction of cheap energy.

Normal really means big-box living and being a slave to machines. It means you’re so distracted by screens, speed and mobility, you can’t pay attention to what matters. Normal means you don’t have any respect for limits or sacred places. Normal means you think you can simply swap fossil fuels with so-called “clean energy” and protect the norm. But it mostly means you have surrendered your capacity to be human and to love this place.

So I don’t want to go back to normal.

I don’t want to go back to a world where it’s okay to industrialize and then globalize the care of old people as though they are just another resource to be mined before they die.

Vampires behave that way, and no one thinks that’s normal.

I don’t want to go back to the digital contagion uprooting our minds and souls where authoritarian males justify the mining of our computers for data to improve their ability to engineer our behaviours.

I don’t want to go back to a world where a few foreign-owned meat-packing corporations control the slaughter and distribution of so-called “cheap meat.”

That’s just cultivating food insecurity (and obesity) for the many to serve a rapacious few.

I don’t want to go back to a world where we accept the status quo of escalating wealth inequalities and polarized political thinking.

Polarization ends in one of three bloody ways: civil war, revolution or slavery.

I don’t want to go back to a world where economists from the evangelical church of exponential growth preach infinite consumption on a finite planet.

I don’t want to go back to a world where the solution to everything is either more education or more technology.

Our universities and technocrats now posit that thinking like machines or not thinking much at all is “the new normal.”

I don’t want to go back to a world where political parties cultivate men and women obsessed with power and deny the truth. That’s just evil.

I don’t want to go back to world where people don’t know their neighbours, or the names of the birds in their trees.

I don’t want to go back to a world where billionaires think so little of this Earth that their primary obsession is to escape to Mars.

I don’t want to go back to a world where political leaders don’t have the courage to talk about cheap energy, reckless consumption, over-population and climate change in the same sentence.

And I don’t want to go back to a world where the media can’t admit that our civilization, as William Ophuls puts it, “has gotten too big, too complex and too hard to manage.”

I don’t want to go back to an economy where corporations socialize all costs and privatize all gains. That’s robbery and theft. And it must end. 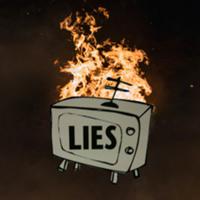 I don’t want to go back to a world where governments subsidize bottom trawlers to scrape the floor of the ocean to support globalization.

I don’t want to go back to a world that regards the precautionary principle as just another tweet.

I don’t want to go back to a world that doesn’t understand life is a precious miracle composed equally of joy, astonishment, love, tragedy and death.

So Sharon Wilson got it right. Normal is the problem, and the normlessness of a pandemic has exposed the fat tail of normal as pathology.

And I am not going back to it.

Sharon Wilson says we can leave normal for better this way: “Do all things with love, and be damn fierce about it.”

One thought on “‘Normal Is the Problem’”